I am very excited about the Valentine's cards I made for my kids this year.  Last year, I looked on Pinterest and found a cute idea, but this year I wanted to come up with my own crafty idea without stealing someone else's!  I have no idea if these ideas have already been done, but at least I feel better knowing they came from my own creation. 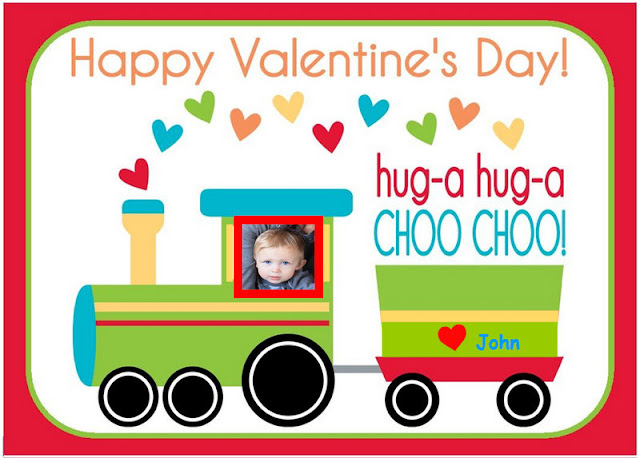 My son LOVES trains.  He calls every bus, semi-truck, or large moving vehicle he sees a Choo-Choo, so I wanted to theme his card around this.  I found the image online and just adapted it.  The only candy I could think of that had the word "chew" in it was Big League Chew gum or Charleston Chews...neither of which are very appropriate for a 19-month year old. I decided instead to purchase Chewy granola bars which I then adapted to say "Chew Chew".  You could also attach Hershey Hugs to this card to play up the Hug-a-Hug-a part. 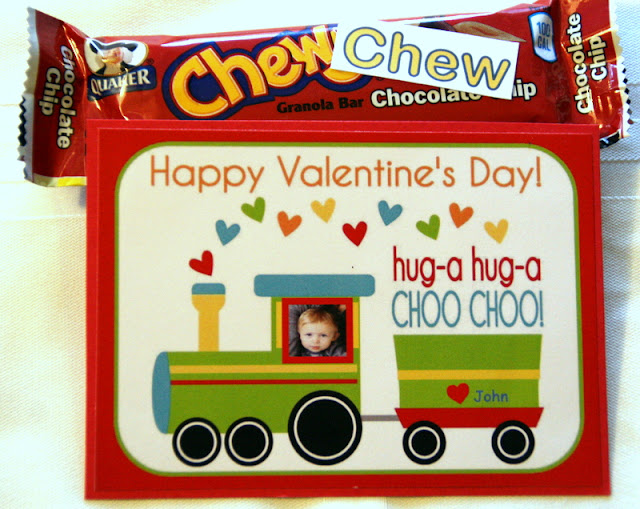 This is a horrible photo, but I wanted to show you the granola part too.  I just taped the granola bars to the back of the card before giving them out. 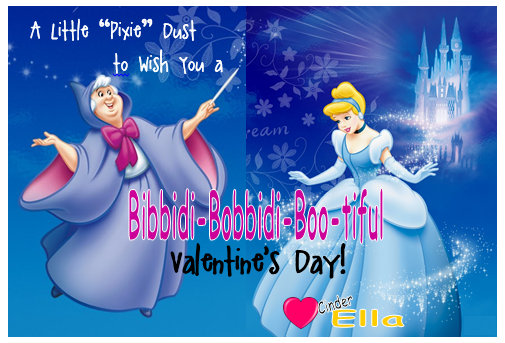 My daughter is obsessed with Princesses just like your average 3-year old.  Since my daughter's name is Ella, I decided to theme her Valentine around Cinderella.  I do not know how to use Photoshop, which you can easily tell by the cropping of these images, but I made do with the simple editing skills I have. 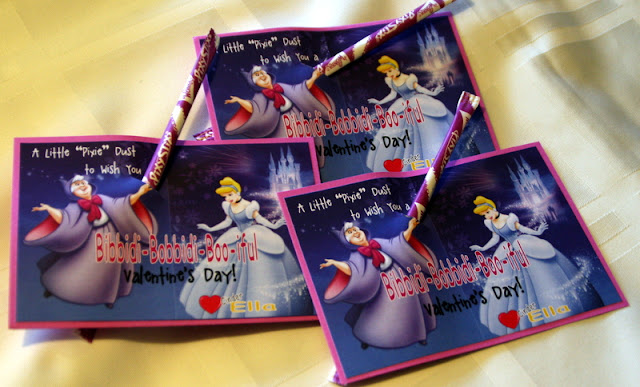 I decided to use Pixie sticks as the candy on this one, so I made the Pixie stick the fairy Godmother's wand.  I just used an exacto knife to cut a slit for the Pixie stick.  My daughter was thrilled when she saw these.  She's really excited to hand them out to her friend's.

I created both of these cards on Mircosoft Word, so they can be easily edited for your child.  Just let me know if you'd like me to send them!

Posted by InviteandDelight at 7:41 PM

Just found your blog when looking for party games for my daughters birthday! OMG! You are amazing! My first question is where do you find the time to get all the darling things done! I used to entertain much more than I do know but have tapered off the last few years! Keep it up - you are quite an inspiration.

I was hoping you could email me the train card and the Cinderella card also. my email is abeckett33@hotmail.com.
Thank you so much!