There are a TON of ideas out there for Elf on the Shelf, but if you are like me, you are always looking for more.  This year, I decided to mirror my Elf on the Shelf with my kids advent calendar activities as much as possible.  This has made things a little easier, so I thought I would share. 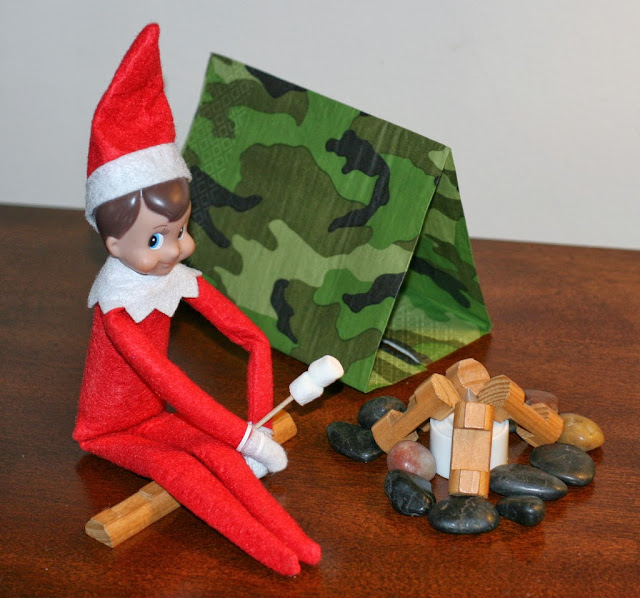 Advent Calendar: Roasting Christmas S'Mores (use the bar of Hershey white chocolate with red/green candy pieces)...
Elf:  Fold a napkin to look like a tent.  I used Lincoln Logs for the bench and fire along with a battery powered tea light and small rocks. 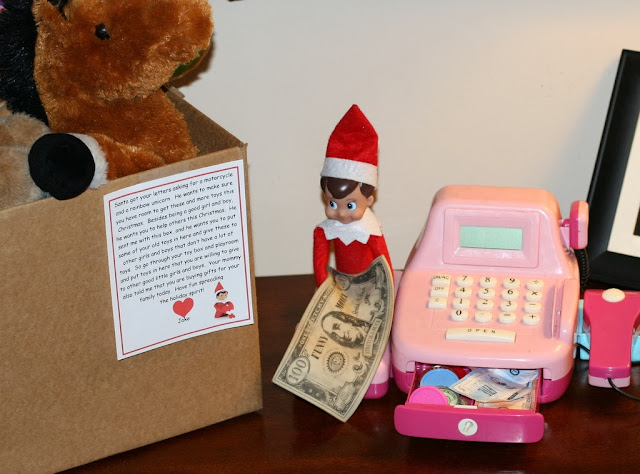 Advent Calendar: Buy Christmas presents for each member of your family.  *For this, I took my kids to the Dollar Tree and gave them each $6 to spend ($1 per person with the extra dollar for tax).  If you have young kids, you really need to do this.  Last year I took them to Target and had to keep saying "no" every time that picked out an expensive toy, etc.  This was AWESOME as it was totally hilarious what they picked out, but since it was only $1 it really didn't matter.
Elf:  Our elf, Jake, brought an empty box with a note attached.  The note told the kids that Santa got their letters asking for new toys, but that he wanted to make sure they had room for them. It gave instructions for the kids to put toys they didn't need anymore in the box and donate them to other kids that might need them. I also put out the cash register with the money that each of the kids got to go spend at the Dollar Tree. 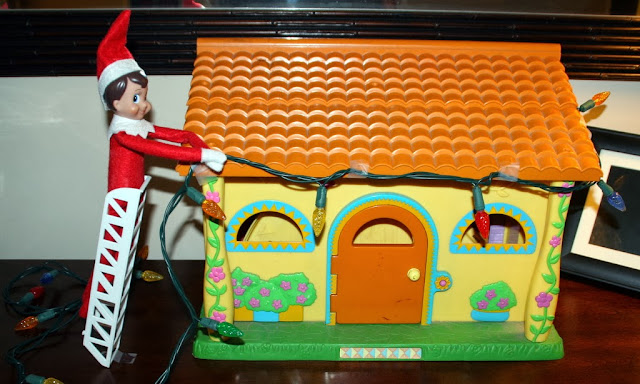 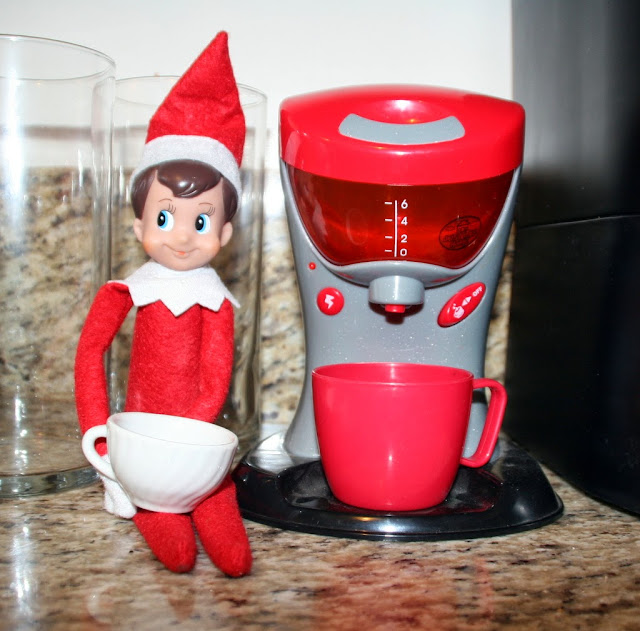 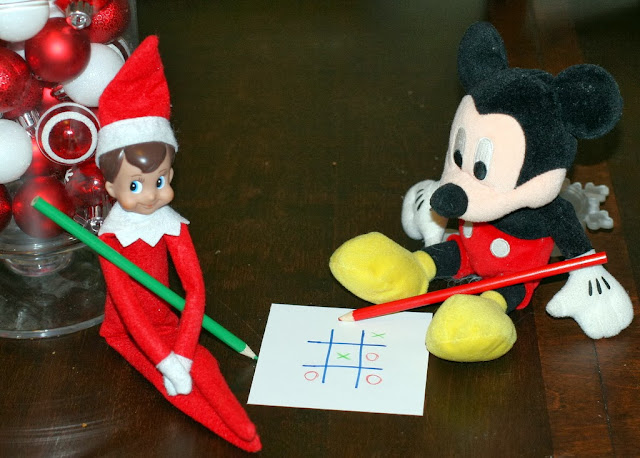 Advent Calendar: Going to see Disney on Ice
Elf:  I didn't have time to make ice skates or figure out a way for that to work, so instead I just brought out Mickey for a little game of tic-tac-toe.  This is one of my daughter's favorite games to play right now. 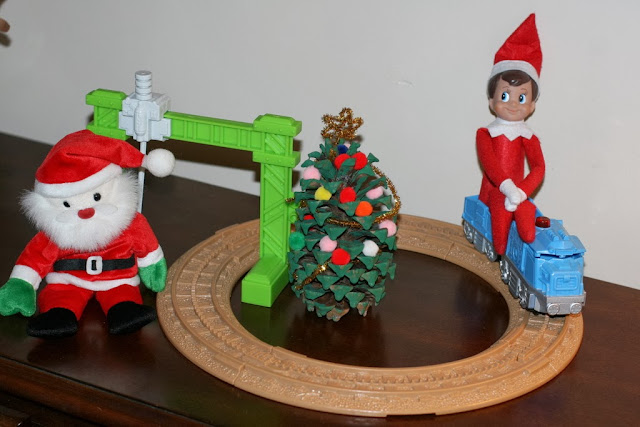 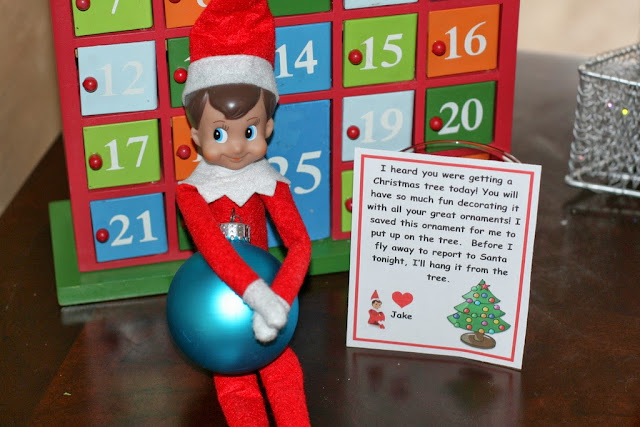 Advent Calendar: Get and decorate our Christmas tree.
Elf:  Jake left a note to say he wanted to participate in our tree decoration as well.  He saved himself an ornament to put on the tree before he flew to report to Santa that night. 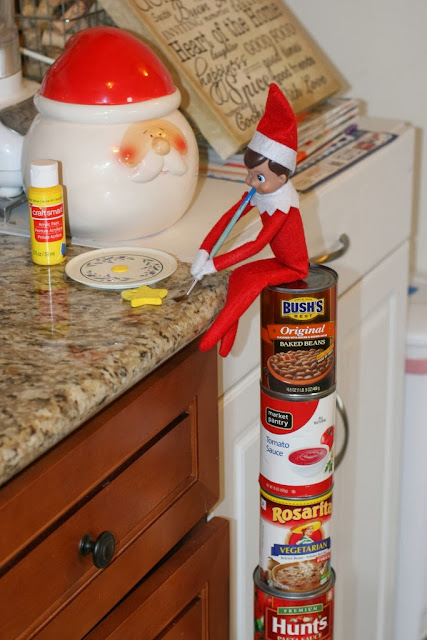 Advent Calendar: Baking/Painting dough ornaments
Elf:  Jake made a star ornament and stacked up canned foods so that he could reach the counter where my kids were going to be painting their ornaments.  He wanted to be in on the action. 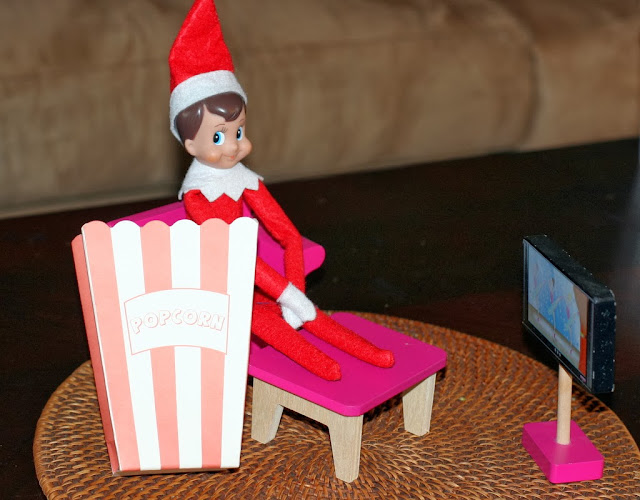 Advent Calendar: Watch a Christmas movie with popcorn
Elf:  Jake borrowed my daughter's doll house furniture to set up his own movie viewing area.  He also enjoyed some popcorn.

These are just some of the days our elf, Jake has done.  We'll see what he does the remaining days until Christmas. Just wanted to put some ideas out there for those of you that need them!

Posted by InviteandDelight at 1:33 PM