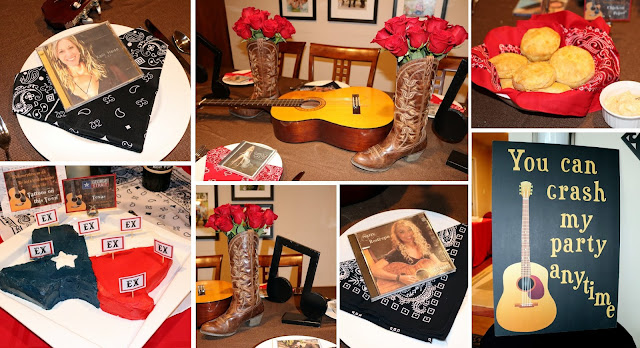 Love country music?  Then this might be a great party for you.  This is a slight twist on the typical cowboy/rodeo theme party because all the decor, food, and favors centered specifically around country music songs.  While country music fans would be able to pick up on all the references, I included some popular country songs that even non-country lovers out there would know. (Non-country lovers do exist, right?) 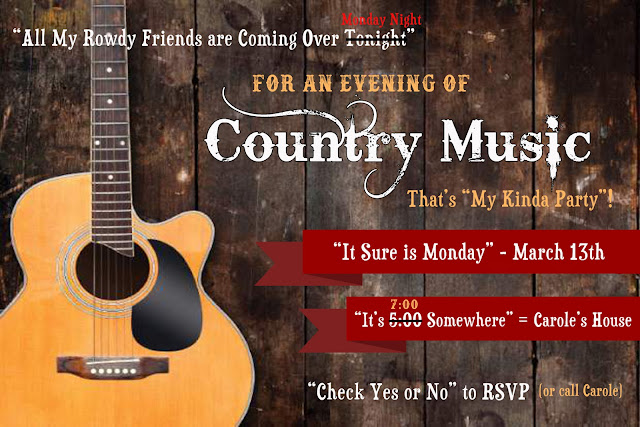 Invite:  The invite is an example of pulling in titles of country songs.  I included classics like Hank Williams Jr.'s "All my Rowdy Friends are Coming Over Tonight" and George Strait's "Check Yes or No" as well as newer hits like Jason Aldean's "My Kinda Party".  The fonts are Duality, Bleeding Cowboys, and Docktrin.  I found them all free online. 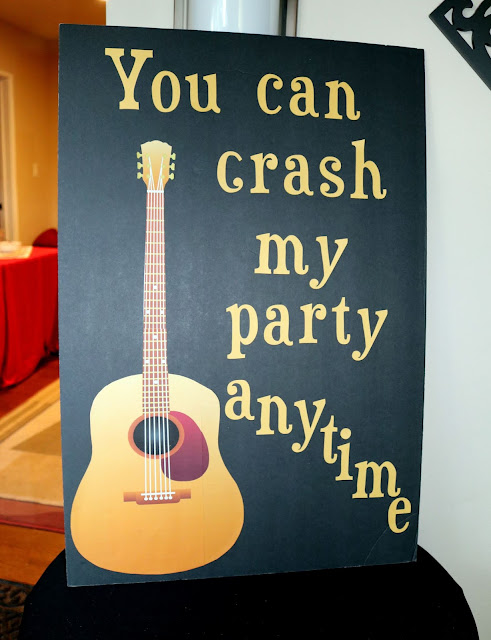 Entry Decor:  I made a simple sign on poster board with the lyrics from Luke Bryan's song, "You Can Crash My Party Anytime".  I placed my daughter's cowboy boots and an old pair of mine on the floor next to this poster as well. 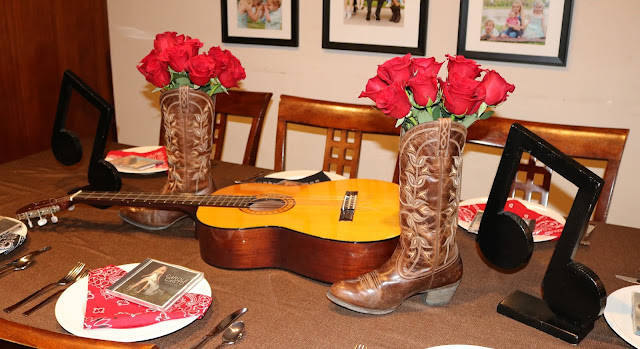 Decor:  I borrowed an acoustic guitar from a friend to set on my table.  I grabbed my cowboy boots and put a vase inside with red roses. 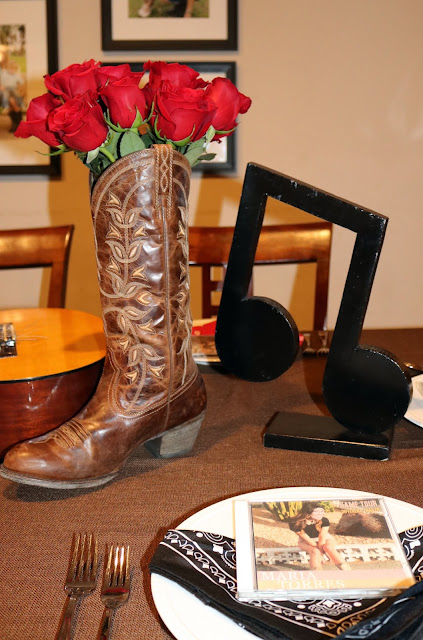 My parents have these large black music notes for a concert organization they are involved in, so I borrowed them to put next to the boots.  A brown tablecloth completed the look. 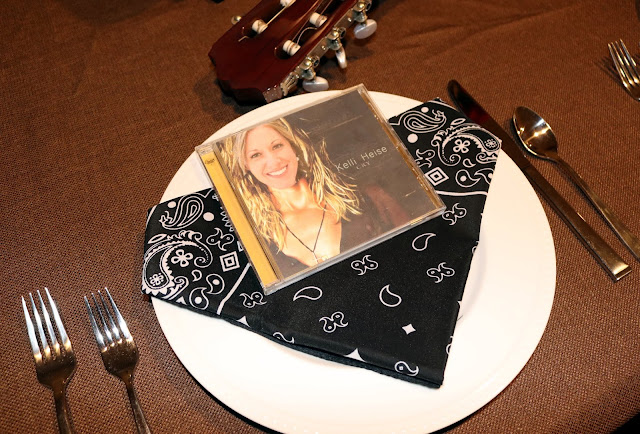 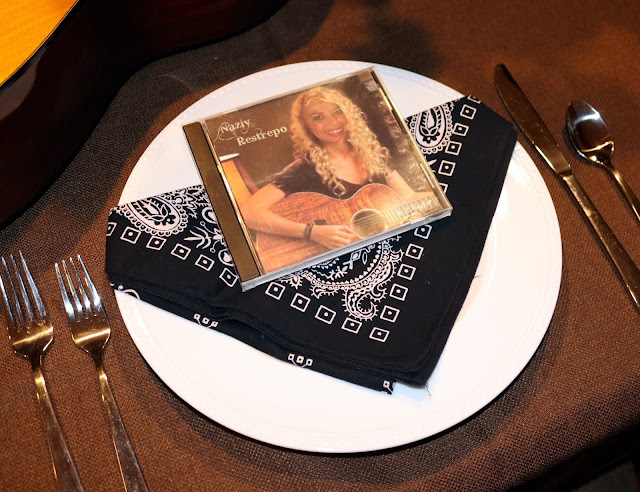 I had so much fun making these place cards.  I found CD cover photos of various country music albums and used PhotoShop to replace the artist's face and name with those of each of my guests.  We got a kick out of looking at all of these! I put the printed covers inside a CD case to make it look real. The red or black bandana underneath was the napkin for the meal. 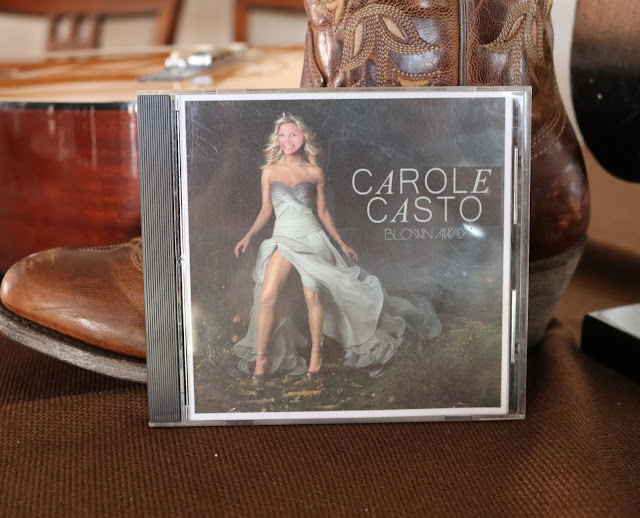 Here's mine.  Thanks for loaning me your body Carrie Underwood! 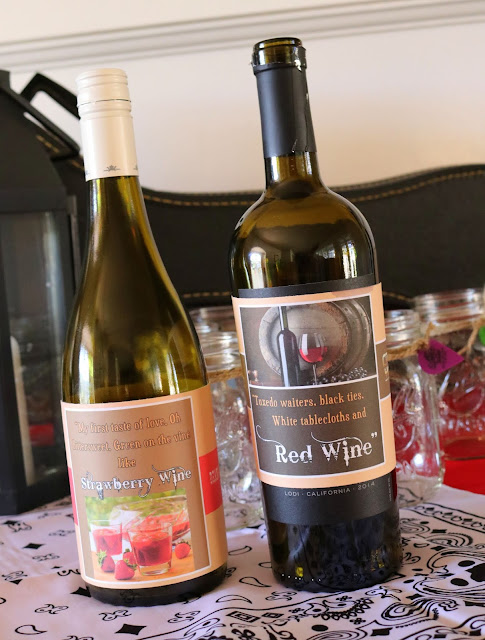 I created my wine labels using references to popular songs. For the red wine it was Chris Young's "Gettin' You Home." 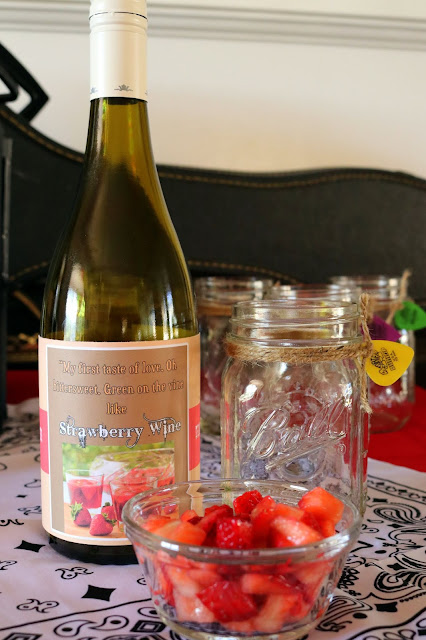 For the white wine, the song was Deana Carter's "Strawberry Wine."  I cut up some strawberries for guests to put in the wine.  It was quite tasty. 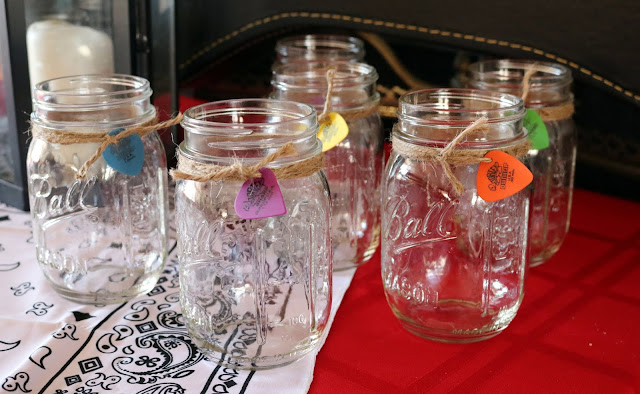 I went to the local Guitar Center and purchased some plastic guitar picks in various colors to use as wine charms. My husband drilled a small hole in them and then I used twine to attach them to my mason jars. 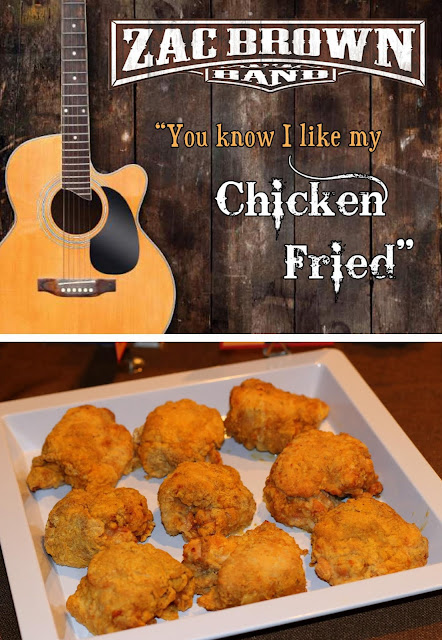 Menu:  Who doesn't love fried chicken?  Or should I say, who doesn't like their chicken fried?  One of my favorite country bands is the Zac Brown Band, so I had to incorporate their song into my party somehow.  It became our main dish. 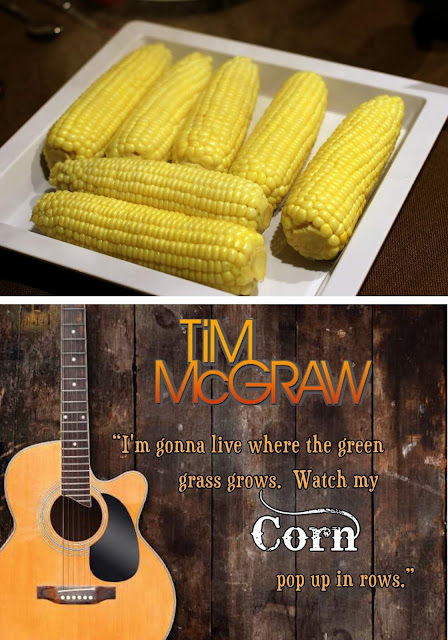 One side was corn on the cob which went with Tim McGraw's song "Where The Green Grass Grows."  I made all the menu cards to match my invitations, and served each dish with the menu card so guests knew the link. 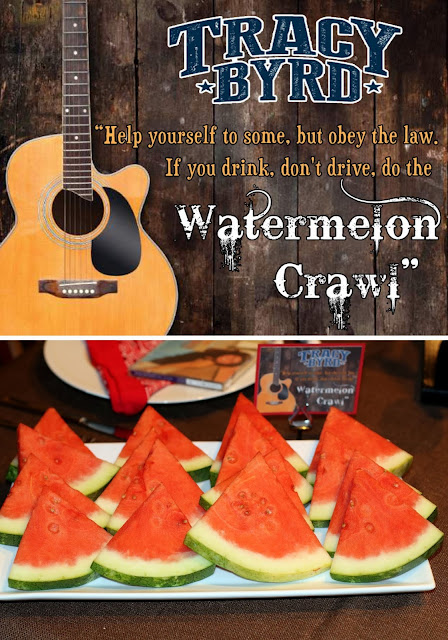 Slices of watermelon to go with "Watermelon Crawl" by Tracy Byrd.  It's such a fun song to dance along with and watermelon is an easy side dish. 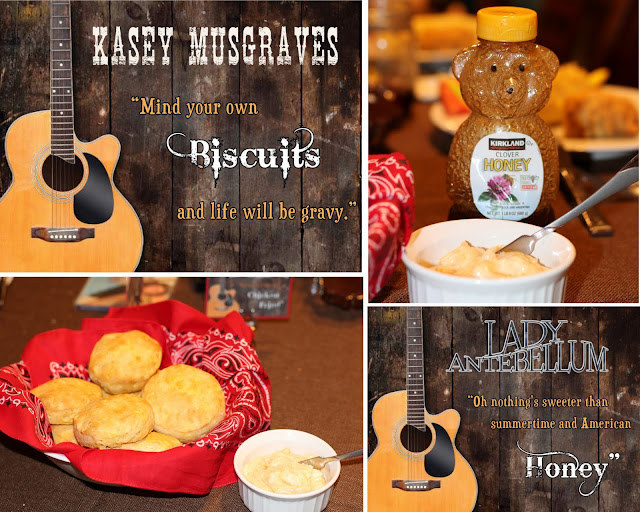 I served biscuits with honey butter to round out the meal.  This went with Kasey Musgraves' song "Biscuits" and Lady Antebellum's song "American Honey". 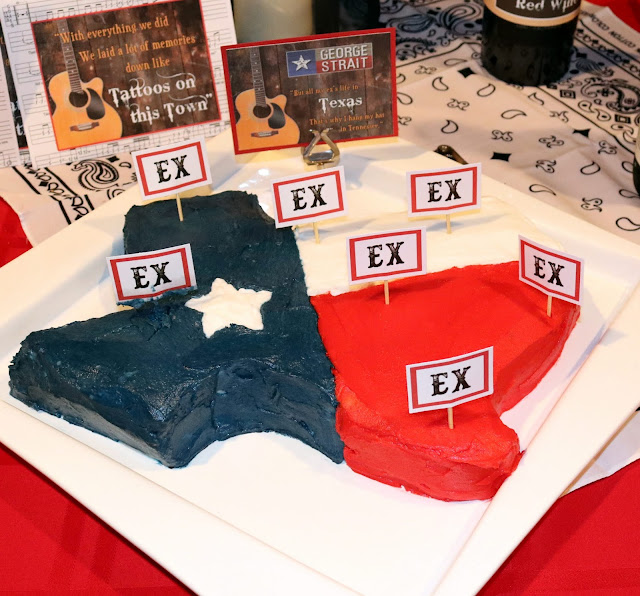 My favorite part of the meal was the Texas cake complete with signs for all of George Strait's "exs".  I printed off an outline of Texas and just used that to cut an 11"x 13" cake.  I used the pieces after cutting to create the pointed tip of Texas. 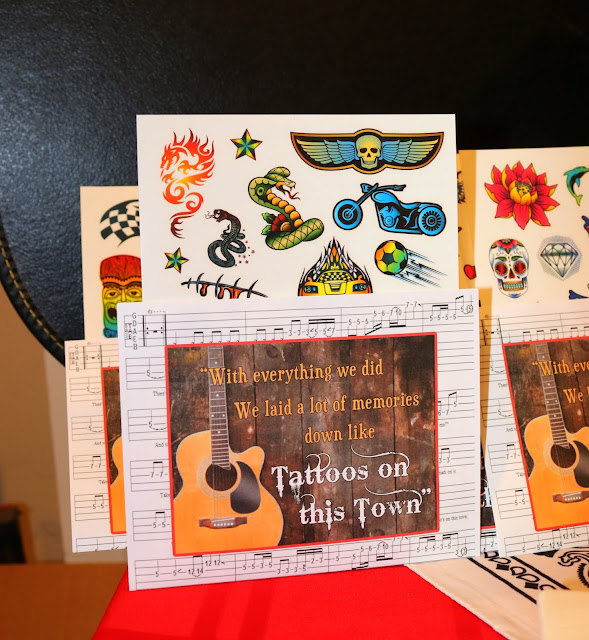 Favor: I wanted a fun favor that wouldn't be too difficult or expensive to put together. I found these silly tattoos on Amazon.  Then I used PhotoShop to create a pocket with the sheet music for Jason Aldean's "Tattoos on this Town" and the same image (with lyrics) that I created for my menu cards.

Here another idea I was considering before I decided on the tattoos.  Use Runaway June's song "Lipstick" for a bridal shower. Have your tag read, "Glad (bride-to-be's name) found somebody "who ruins (her) lipstick not (her) mascara" and give each guest a tube of lipstick.

This was a super fun party to put together and would be perfect for any country music fans.  Hope you enjoyed the details!

Posted by InviteandDelight at 10:06 AM