Game Night with the Gals

My family used to play a board game every time we got together for dinner.  I love them. I honestly think they help contribute to building family bonds with the laughter and friendly competition they invoke. They make a great excuse to have people over for a party too.  Our monthly dinner party had a few other quirks to make it extra fun... 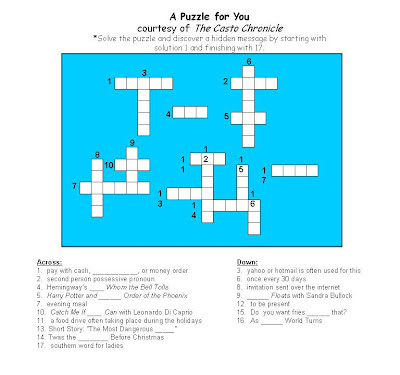 Invite: This party was back in 2008, so my decor and invite were a lot simpler than they often are now.  Invite your guests with some sort of game.  I created a crossword puzzle with the party details and mailed it to guests.  Other ideas would be to cut up your invite like a puzzle, and guests would have to assemble the puzzle to figure out the party details. 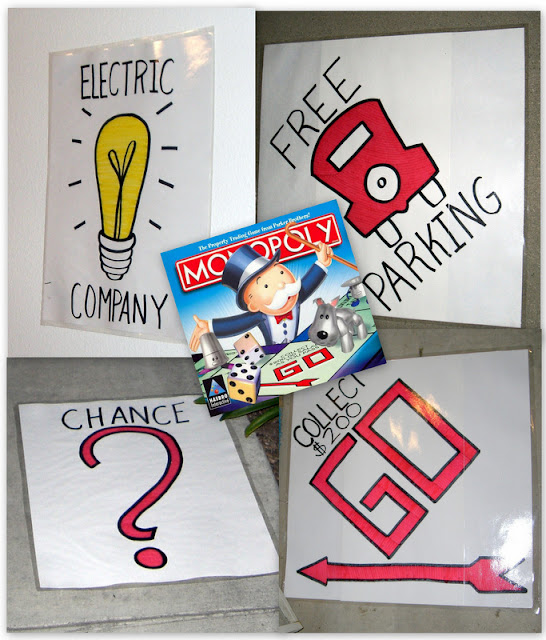 Decor:  My decor started on the walkway leading to my door.  I drew large Monopoly squares on poster board and laminated them to avoid footprints. I placed these on the sidewalk leading up to my door and saved a few for the walls inside my house.

My tablecloth was a Twister board with a red tablecloth under it. I also used the Twister spinner as my centerpiece, but you could use any game or a collection of game pieces. If I were hosting this party again, I would add several other parts of games to the table to create more of a centerpiece. 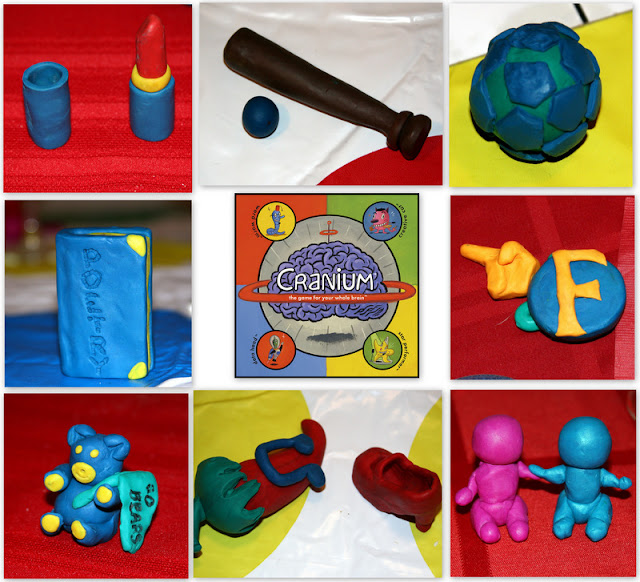 For a place card, I decided to create Sculptadors from the game Cranium. I bought molding clay from Michaels and sculpted items that represented each guest. I did not include their names on the sculptures, and it was a game for guests to guess which one represented them. Party Activity/Game:  You could play any board game for this party, but I chose to play Taboo (which is always hilarious), and a short round of Cranium. 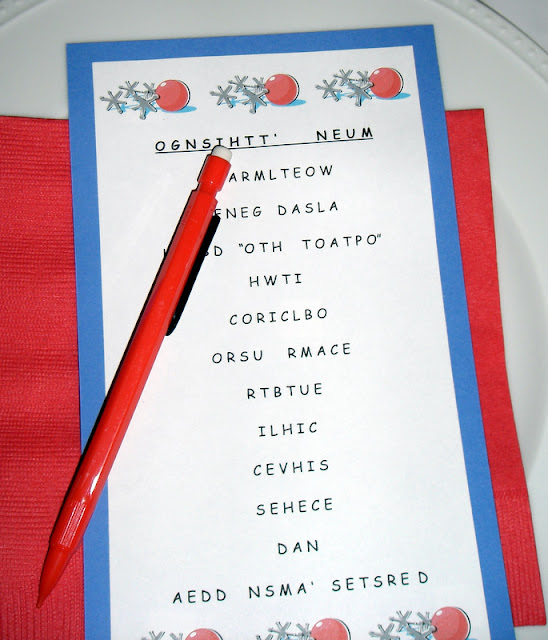 Menu:  At each place setting, I had a menu card.  I scrambled the letters of each menu items as a game, so guests had to unscramble them to figure out what we were eating. I wanted items that were simple in case we needed to eat while playing games.  I also did not want to be in the kitchen cooking.  I wanted to be a part of the games, so this impacted my choices of what to serve.  I started with a simple green salad.  We had slices of watermelon that I attempted to cut to look like puzzle pieces.  As the main dish, we had baked "hot potato" to play off the title of a game. I made Chili to place on the potato or as a side soup.  Guests could also add whatever they wanted to their potato - broccoli, cheese, etc.  You could make a game of this instead and do what I did at my Toy Story party which was to create Mr. Potato Heads.

For dessert, I made a Hangman Cake.  We played Hangman to figure out the message on the cake. I just piped on the letters and the body parts as guests made their guesses.  Simple. 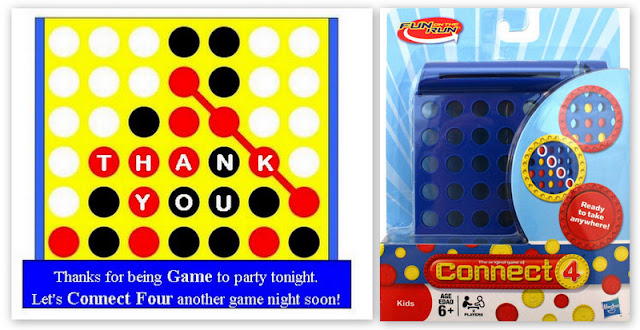 For a favor, I found travel size Connect Four games in the dollar bin at Target.  I wrapped these in a cellophane bag with a tag that read, "Thanks for being game to party tonight.  Let's Connect Four another game night soon!"

This party as a lot of fun. I didn't have to purchase much either because I had all the games already.  As a teacher, I also had access to a laminating machine, so it made the Monopoly pieces easy to create.  Hope you are inspired to host a game night of your own!

Posted by InviteandDelight at 2:35 PM

yet another fun DINNER party!!!! this would be a blast for ANY AGE! thanks for sharing your magical creativity!

I just found your blog through pinterest. You have great ideas! I've always wanted to host monthly dinner parties and your site has inspired me! Thanks for sharing!